Anyone who has ever worked with HTML and CSS may have heard of, or worked with the z-index property. What it does is pretty straightforward: It allows you to manage the stacking order of so called “positioned” HTML elements. Anything with a higher z-index number should always appear above elements with a lower z-index. However, sometimes you end up in situations where the z-index property doesn’t seem to have any effect at all and it isn’t that straightforward as it seems. In these situations it’s likely that you’re dealing with differences in the stacking context.

When no positioned elements are applied, the basic rules of the element stacking order is as follows:

All respecting the order they are declared in the document.

To overcome this problem, you can swap out these child elements in the current DOM hierarchy and bring them to the same level of the root stacking context (<html> element). Positioned sibling elements can be ordered with the z-index property. However in more complex DOM structures where many elements live inside each other, this may include some rework of your CSS or even JavaScript and may be more complex. 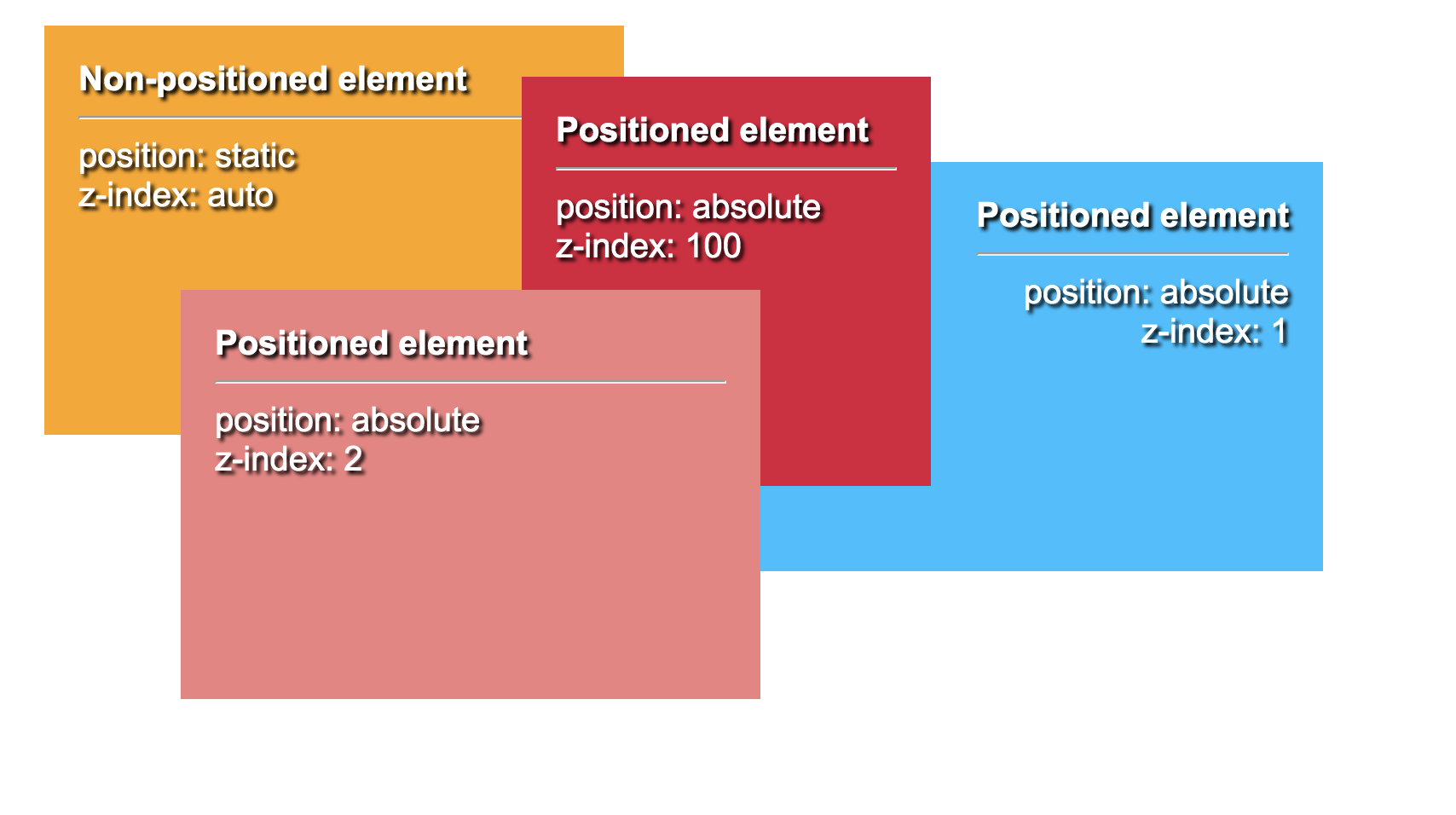 Properties that also create stacking contexts are (source from MDN):

Why these properties have side-effects like these, is unclear.

Solving it in when using React

Most React applications can consist of those more complex DOM hierarchies, which won’t allow you to swap out elements with their own stacking context so easily. However, React incorporated a neat addition called “Portals” in v16. Portals will allow you to mount any DOM element at any place in your DOM structure. React also mentions this in their documentation:

“A typical use case for portals is when a parent component has an overflow: hidden or z-index style, but you need the child to visually “break out” of its container. For example, dialogs, hovercards, and tooltips.“

I hope this helped you prevent future headaches by learning about stacking contexts and the way they interact with z-indexes. Here is a summary of this post:

Thanks for reading and good luck stacking!